A sunset outside my window,

Reminds me of my insatiable appetite for FRUIT!

Yes! Where the rest 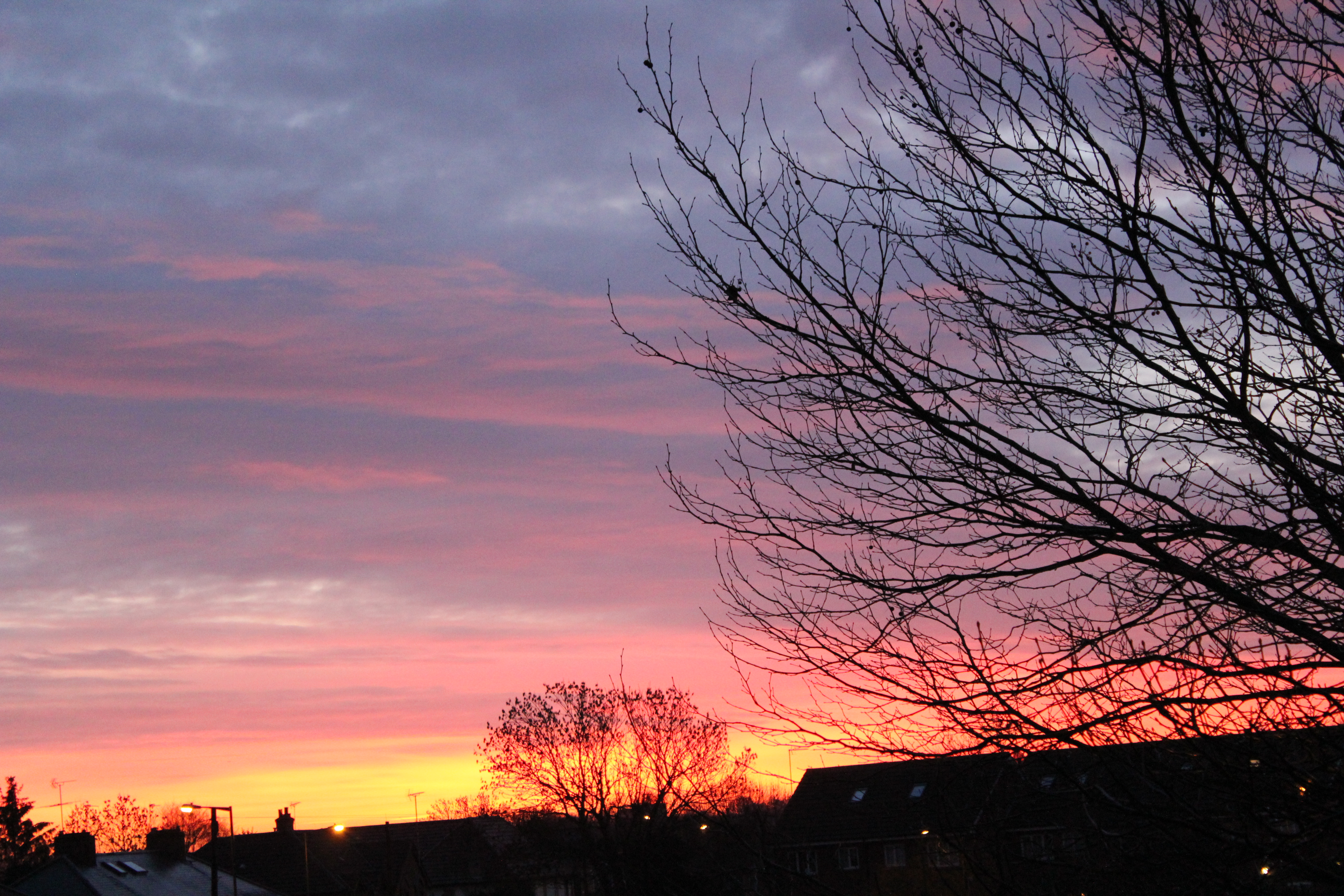 would see mingling clouds, framing a sun in the midst of gradual retreat, to an encroaching night;

I see: Oranges, Peaches, Raspberries on a floating,  up-ended, bowl of diced fruit- sitting pretty on a vast bowl of diminishing blue;

About to be eaten by the selfish bowl within which it sits (so mouth-watering does it look!),

The rest of the delicious mix is loathed to let go, and is being pulled into a gullet somewhere along the bowl’s rim, I’m sure!

Quick! Quick! Before my competitor finishes and belches the remains of the day!

Hand me a big spoon so I may scoop-up this delicious display! 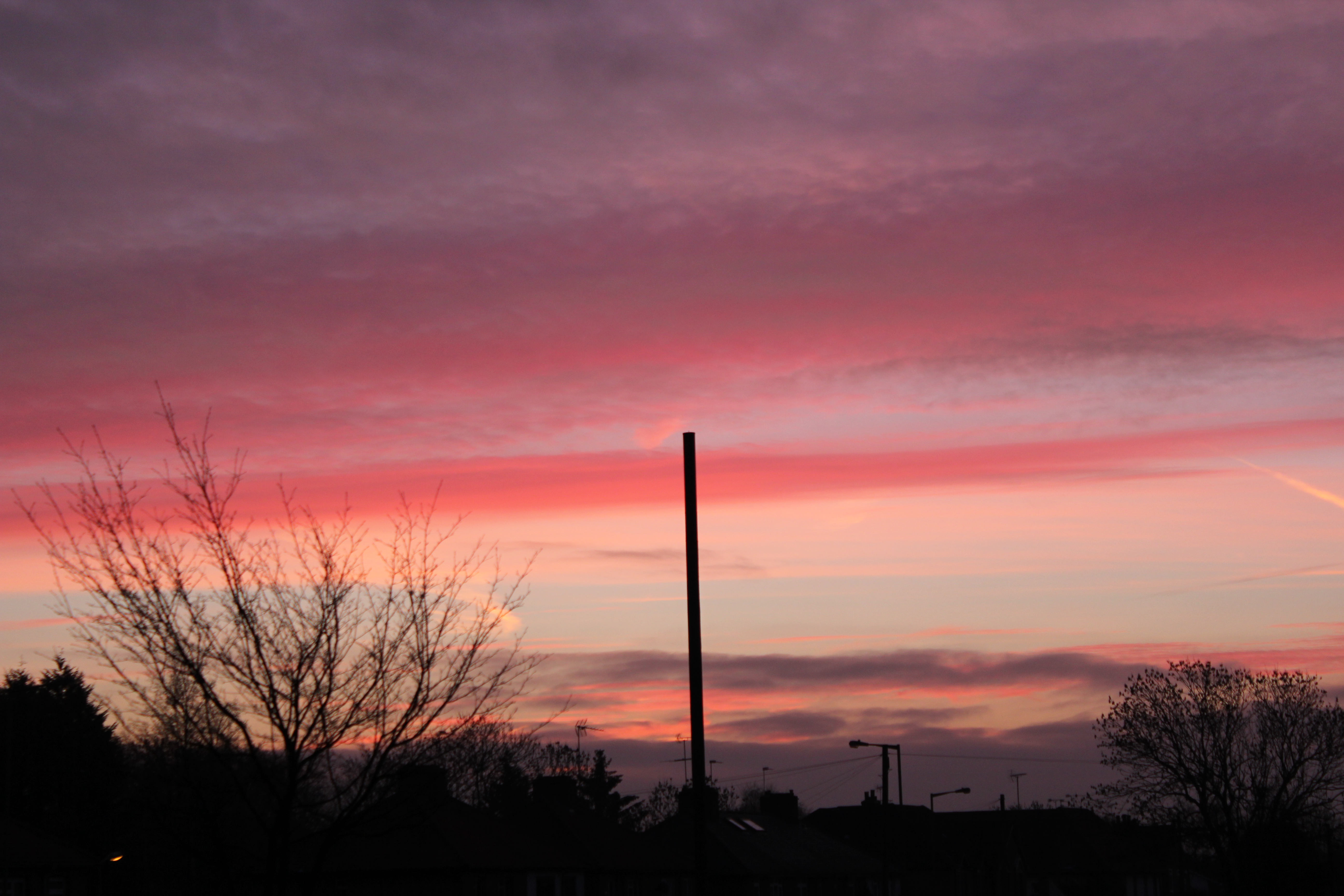 Riding on the bus y’all

I’m sitting on the back seat, jumping to the humps y’know 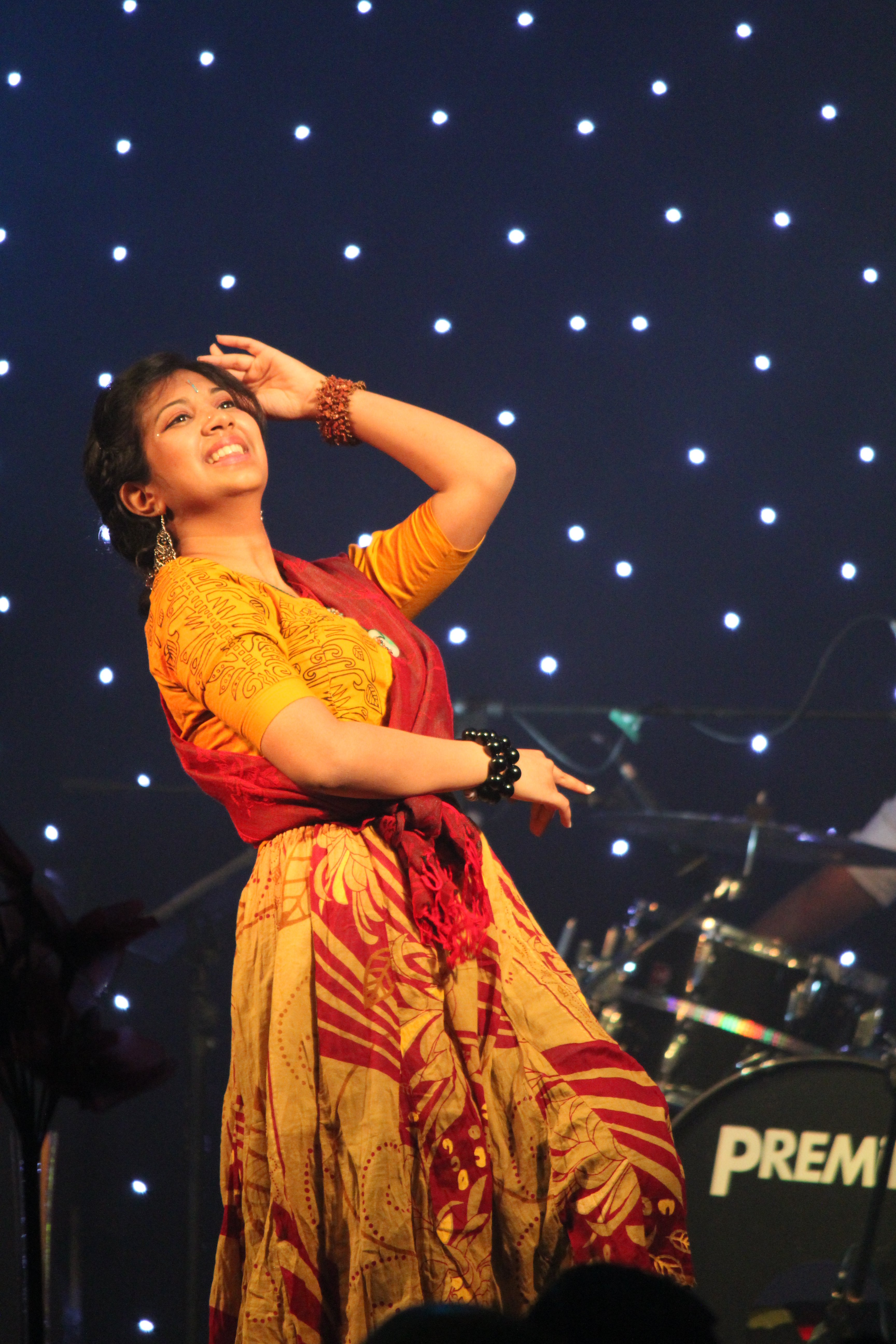 There be a fine looking honey in the row in front of me, swanning herself with her silky red hair swinging to the motion – I swear – *almost doing a solo dance for me!*

There be a dude with a couple of dozen extra pounds, to the far right corner from me,

His left leg and thigh folded on the seat, angling his body in the direction of the dance,  means, the show is no longer *just* for me!

There’s something more here I’d rather not share; out of modesty- for his, and mine- that demands me to withhold…

Alright! Alright! Stop badgering me! He’s got his left hand in his pants- wrist deep, looking on a bit longingly y’see…

Be it out of habit, instinct or something else, your guess is as good as mine!

Don’t laugh too hard- for that would be too harsh- for even a fat man needs, on occasion, to marvel at something so fine;

Looking forward to each bump ‘n’ turn of the road, the greater the rock, the better her hair rolls; we care nowt for comfort, just this show, y’know-

‘Driver! Drive faster’! Take each turn a little wilder; for to behold this dance is divine & a marvel!

Both of us enthralled, though I must point out that my own hands remain fully above board!

Wait- is that music I hear above the droll of the engine? Yes, yes, it is!

Such a melodious tune, escaping from her earphones to my unencumbered ears! (‘Is it really hers, or another’s, for you cannot see her ears?‘ a fleeting, unhelpful, thought I suppress!)

A surreptitious look to my right, reveals that the music (like the dance) is not only for me; for my seated friend’s eyes appear to have taken on a particular intensity-

Though, thankfully, I note, his left hand- still enclosed within his pants- remains stationary;

Alas- men, it seems, have not changed since Medusas reign- as my friend here & I have been turned into the modern equivalent of stone & we have not yet even seen her face!

The maker of mist

Is a creature of trysts

Who weaves a weave of subtle grace,

Absorbing up the scenery,

Gently, seducing you into languid, complacency,

Then, playing on your naiveté;

He veils your eyes, with tendrils of lies

Neither swiftly nor hastily:

He works with deceptive efficiency- adding ever more layers of embroidery;

To confuse and perplex you;

To mar, embroil and entangle,

This invitation to wonder ensconced within a trap most delicately set, yet deliciously foul;

A camouflaged contraption to ensnare your soul-

Trapped like a fawn caught in brambles, nettled and bleeding, waiting to die…

For the creator doth delight in your fright and the dangers it blights:

For the killer in earnest is you, out of fear and terror, the twin disguisers of the truth.

Your soul to keep; your body, for the reaper and the vultures to take,

Animosity this creates; for the boatman’s toll remains unpaid

A collector of precious souls- not trinkets, sapphire nor gold

Imagine the alchemy! The intricate sorcery!

To what end? Or, design? They do whisper, speculate and antagonise

I know not, nor do you; for deaths guise left on a lost soul, is the only remaining clue.

Sleeping alone, can be addictive y’know:

Freedom to roam, the bumpy plains of comfort and warmth!

No cold feet or upstarts, to disturb your slumber!

Yes- anathema is company- To solitarily recharge in uninterrupted luxury!

Such commodities (like to sleep and recharge) are luxuries taken for grant:

For example- my friend Steve, he finds it impossible to sleep except in threes, fours (or more);

Deep subconscious abandonment issues for sure, the cause,

But it means that he’s become a philanderer of sorts;

For, aside from one, at most two, his bedroom companions don’t appear to want or need sleep

Instead, choosing to stay up and play adult games and – yes! – even hopscotch &/or hide ‘n’ seek!

Steve, always being happy to oblige, doesn’t seem to get much sleep, even in the company of 9!

Yet, again, sleep evaded him, for his marbles were throbbing!

Alas, what to do when one man’s curse is another’s muse!

In a rare moment of sympathy, this author had suggested to get some sleep therapy,

Regrettably, it didn’t work out-

For the therapist was comely, and though her efforts had at first been sincere, neither had had any sleep that night!

Now, don’t be too blue for Steve;

For he and the therapist, Isabelle, have now been wed for four years;

They work as sleep & sex therapists;

And have become quite well known-

Working out of plush offices, off the King’s Road!

Sleep, you say? No, there’s no conceit, deceit or any of that foul play;

For Steve now sleeps soundly at night, in the company of his wife and their child!

Alas, the same is not true for me-

I am now old, and regret that I missed my opportunity-

By selfishly refusing to fulfil my need for company! 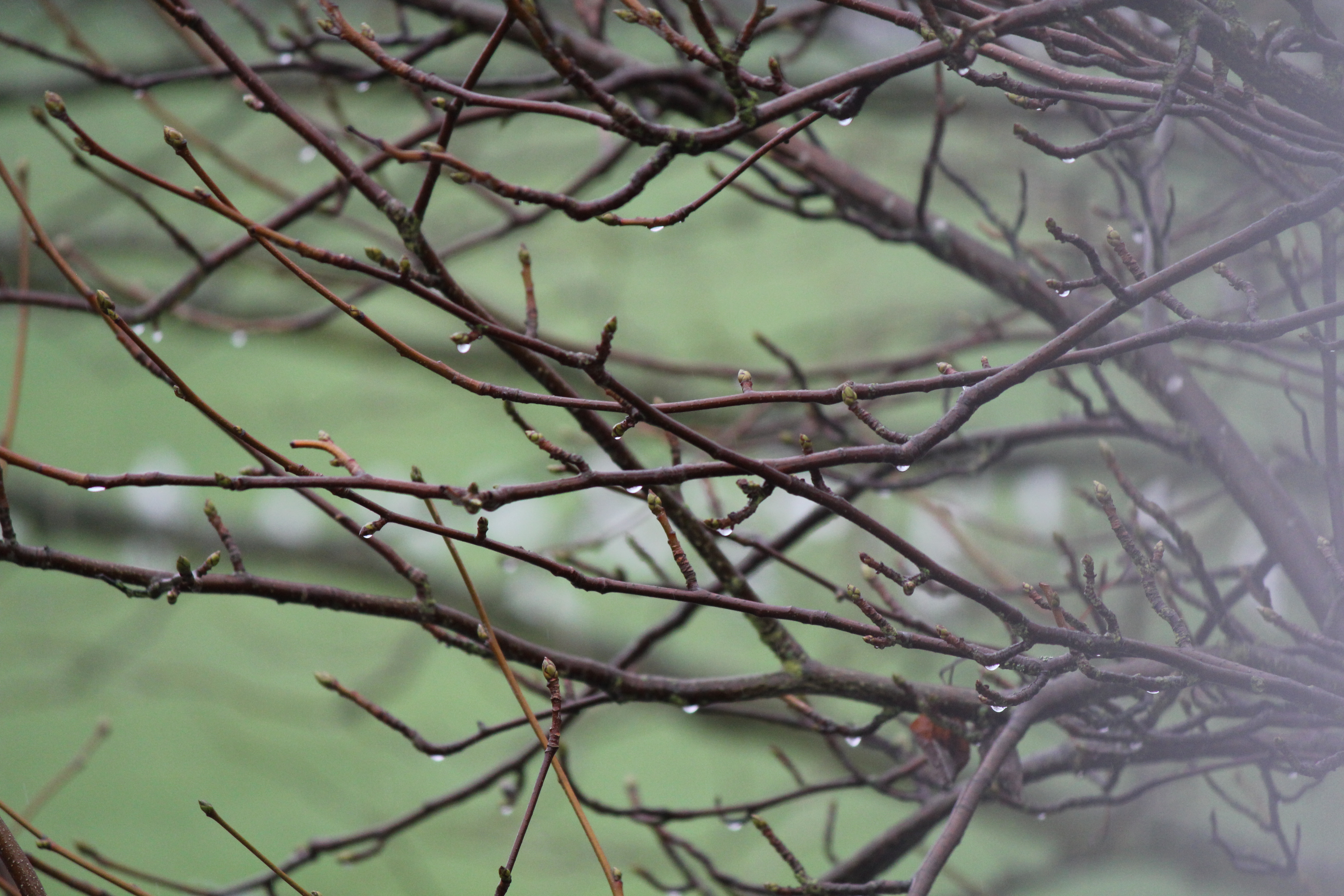 Ten years- ten years- at a cost of a trillion dollars & counting!

The dead- the dead- so many left dead & mauled

The grief- the grief- enough to swell an ocean of tears

The lies- the lies- a trillion trillion lies!

Alas, what lessons have been learnt, for this commoner and his words?

The new white man’s burden is to wage war in the name of lies;

Propagate this in a variety of ways, a countless countless times;

To corner us with so many words, until we are bound to believe they’re not actually lies;

But, truth behold, when bodies come home & people are left to rebuild their lives;

Only to find that there is no work- & the land, & it’s people, are left humbled & in debt for (what maybe) all time!

As you struggle to meet ends, know this is certain:

The war mongers & propagators of this false economy, do swim in vast pools of clear blue luxury;

But, if they would close their eyes, for a little longer than they’d mind;

Theyd see that they be swimming in pools of human blood, borne out of their lies

Unlike you & me; their sins do stain deeper than they care to believe & takes more than a power-shower & vigorous scrubbing to cleanse!